This 1950 Willys-Overland Jeepster underwent a comprehensive restoration from 1993 to 1995. It was purchased in Salem, Virginia by the previous owner in 1993 after storage for many years. The Jeepster was tired but complete and carried limited rust. It drove out of the barn under its own power. The previous owner then completely disassembled the Jeepster. All parts were painted, restored, or refurbished. The frame was sand blasted and painted with DuPont two-stage, rust-inhibiting primer and then finished with DuPont Centari acrylic enamel. The Jeepster body was painted in a single-stage finish of Nassau Cream. The interior and top were fully reupholstered. The windshield glass was updated to safety glass. The engine was also rebuilt during restoration. All engine internals including the camshaft were replaced and the crank was turned and polished. The engine was balanced and a new oil pump, fuel pump, water pump, and carburetor were installed. All of this work was done when the odometer showed 82,260 miles. 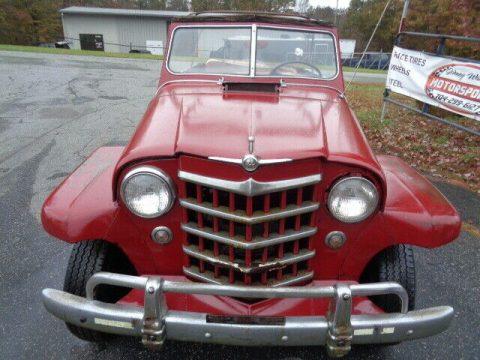 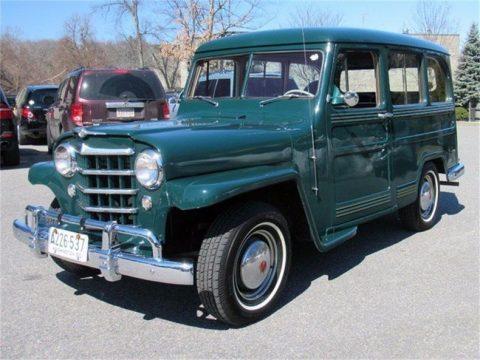 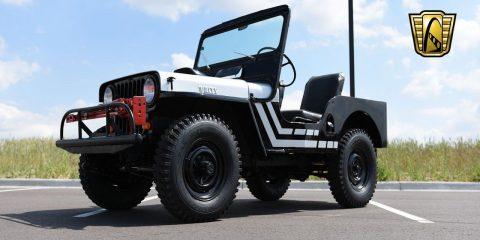 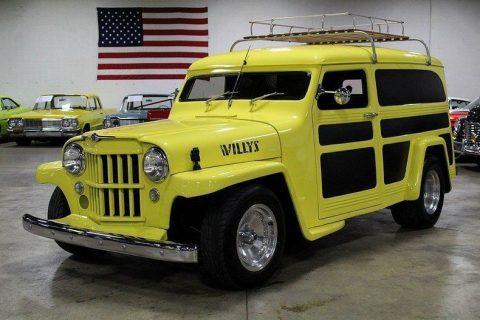 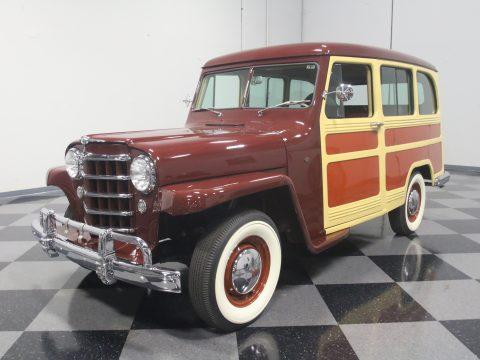