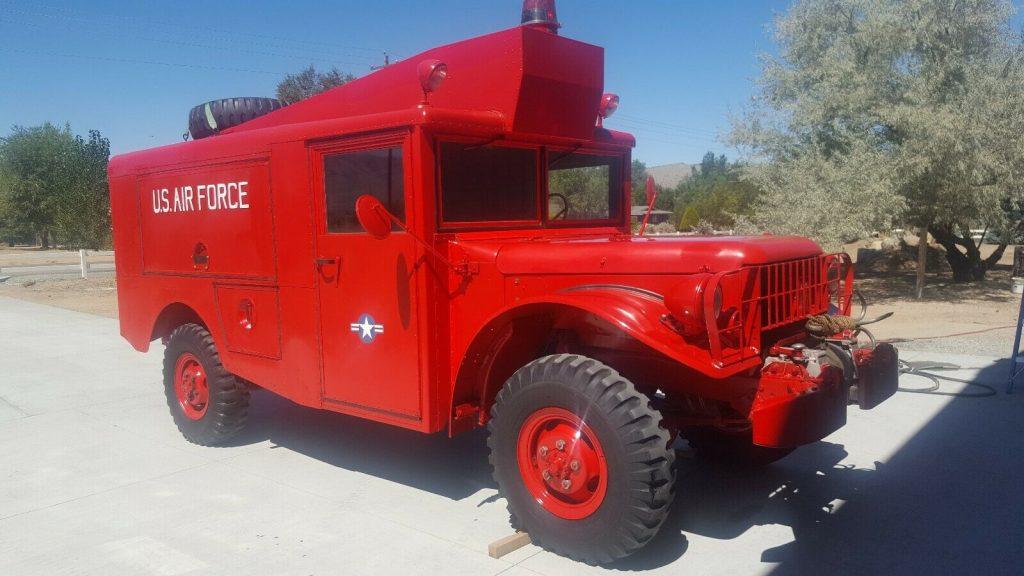 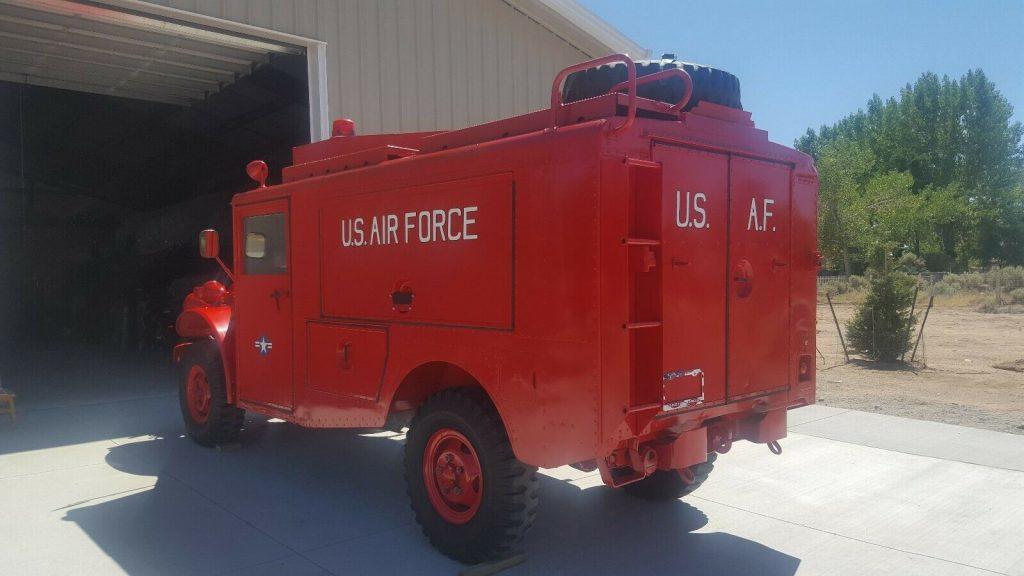 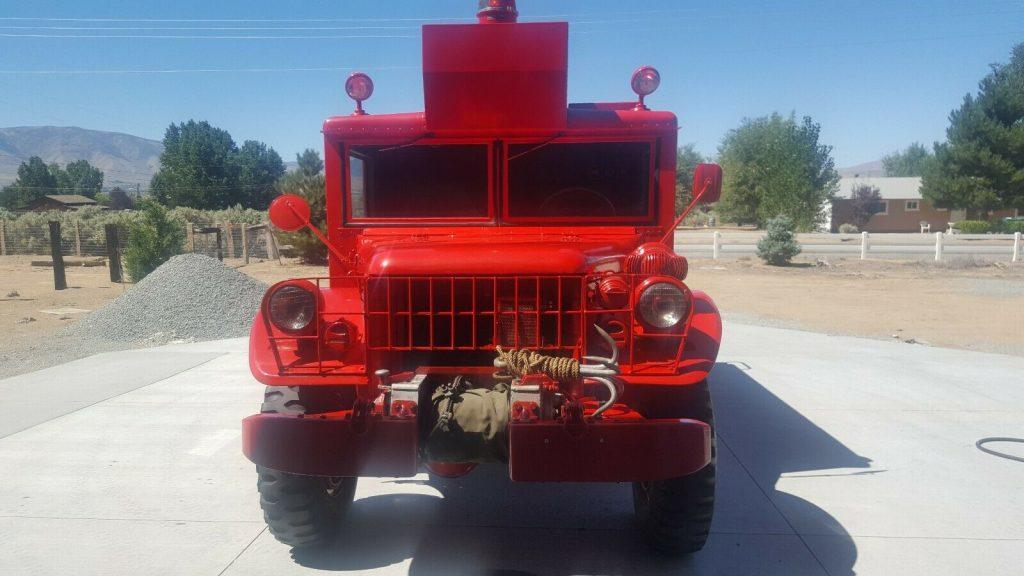 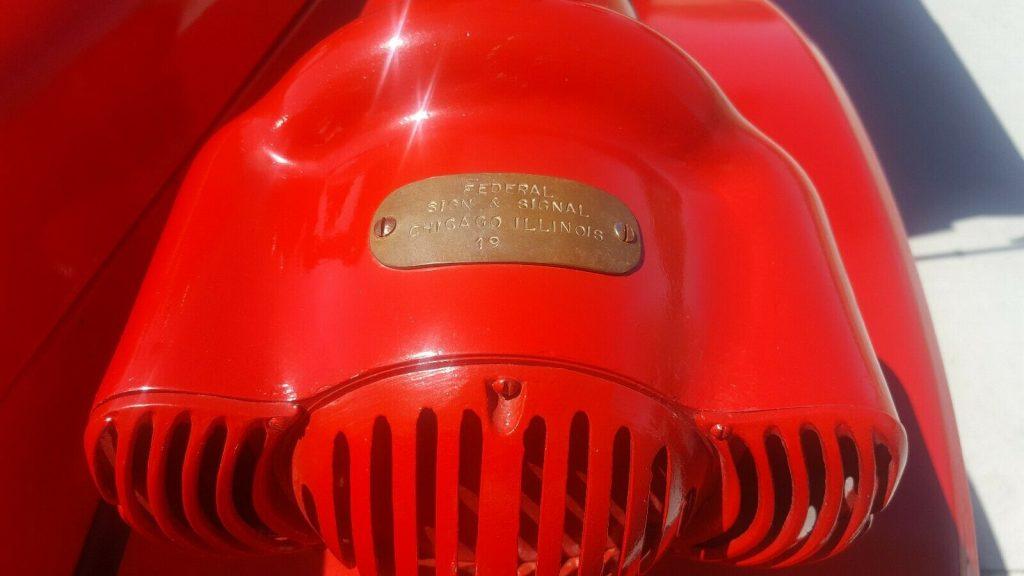 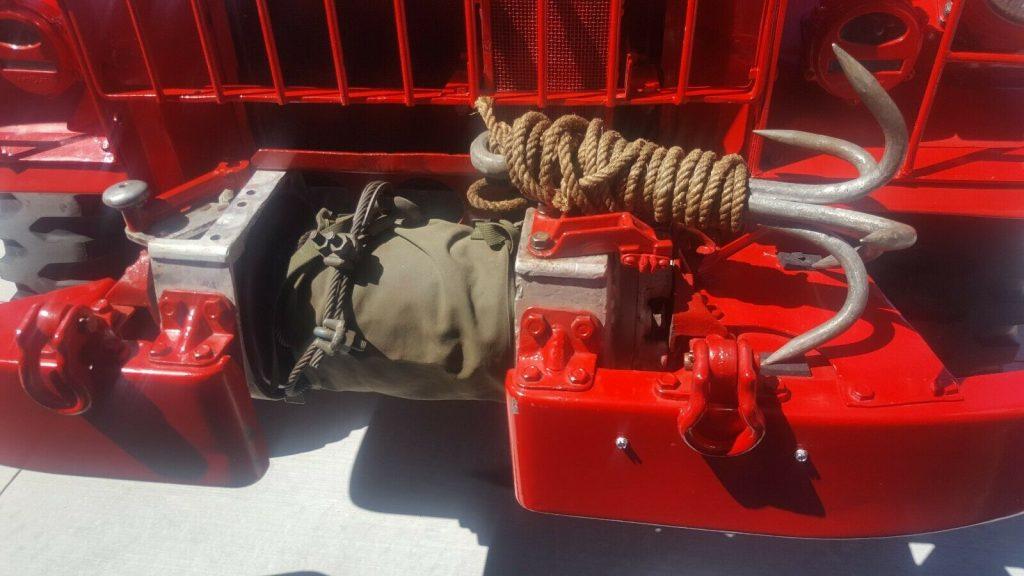 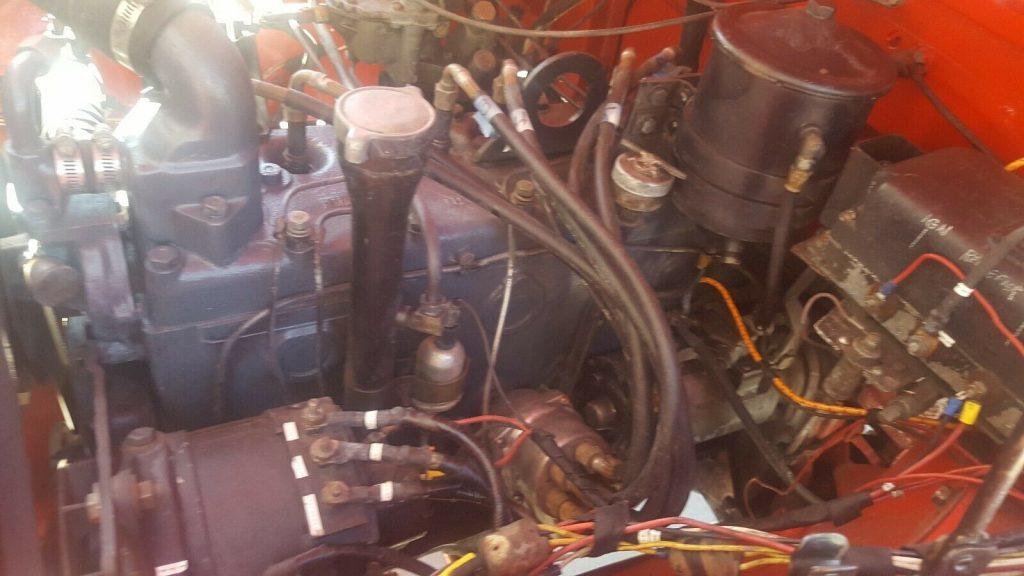 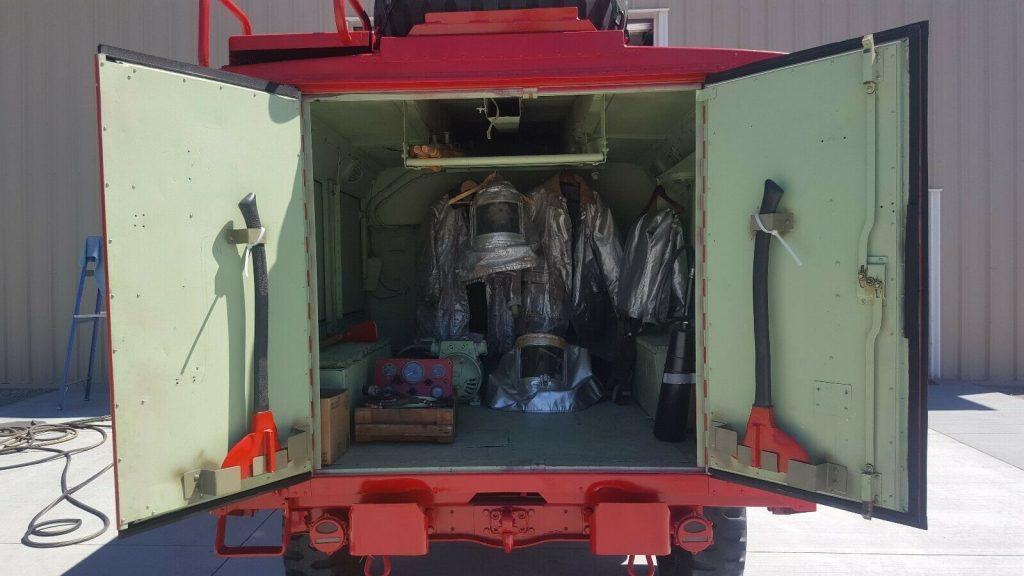 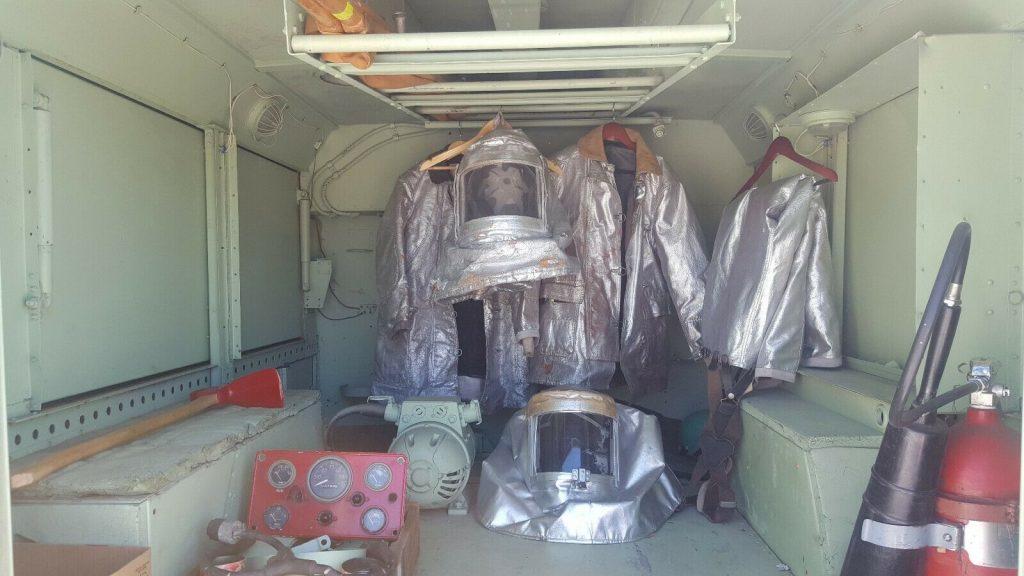 1953 Dodge M 56 Pilot Crash Truck
his 1953/56 Dodge M56 R2 is a former Air Force crash truck. Similar to the more familiar M37 but quite a bit rarer, there were only 308 of these built and of this total only 221 had the Braden winch on the front. Only a handful of the units produced still exist. Mechanically speaking, these trucks are identical to their more common M37 cousins, but with a longer wheelbase–126″ vs. 112. Fitted with a 10,000lb Braden winch, most were equipped with a grappling hook to tow wreckage. Built by Dodge with just the cowl and nose installed, the Oneida Products Corporation of Canastota, New York built the rear body. This truck is number 295 of the 308 produced, which matches up with the date of manufacture and delivery (July 27, 1956). The truck and chassis were built in 1953 but apparently it did not go to Oneida for final outfitting until 1956. Motor is a 230ci L-head six with a 4-speed 4wd manual transmission, a 2-speed transfer case, and axles with 5.83:1 gears. These trucks were built to save the lives of pilots of the U.S. Air Force.

Truck has a 24-volt system with the very hard to find Home lite PTO driven generator (230 volt 3 phase 80 cycle), generator controls and the always missing Engine Speed Governor for the generator (it does work).

This truck was nicely restored by previous owner and I have over $12,000 in receipts for work completed on truck…mostly mechanical. The paint and graphics on truck are couple years old and looks very nice for use in military equipment shows or parades. 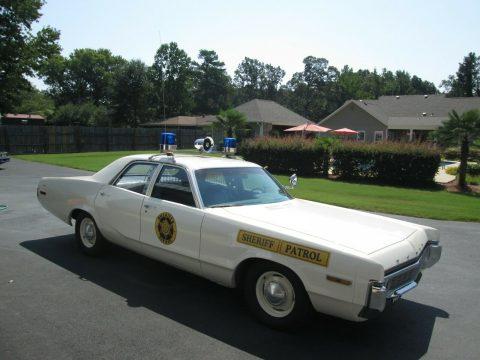 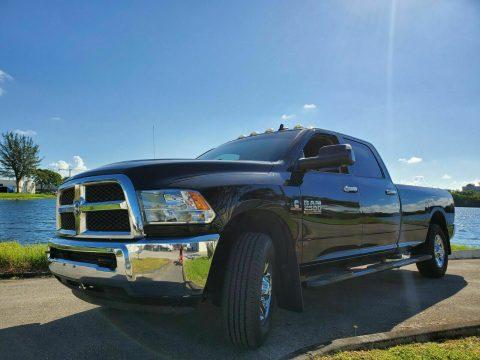