1957 Ford Meteor Rideau 500 Convertible Built In Canada VERY RARE CAR LOOK
Here is a VERY RARE CAR!! From 1954 thru 1961 and again in 1965 thru 1976 Ford had cars that were built in Canada. There were named Meteor Rideau 500 Convertible which is the same as a Ford Sunliner. These cars were named for the Rideau River in Eastern Ontario. There were only 646 Rideau 500’s built and were the top of the line equipped with higher trim package. This car was built in Oakville, Ontario Assembly Plant. The Model # is 276B, The Tri Code is HEB and the paint code is 22. This car came Tri Colored with Red on bottom, White in the middle and Gray on the top of hood and trunk. It also come from factory with Continental Kit on back. This car is powered by the factory 312/245HP engine with a 4 barrel carb. The transmission is a 2 speed automatic. We just spent over $500 having the Radiator Re-Cored. The paint on this car is in super good condition and all the chrome is stunning. It has the original steering wheel in great condition. It has original gauges that work. The interior is in great condition with no flaws in seats. The convertible top is in great condition and goes up and down as it should. The car is rust free on body and underneath. The trunk looks great and is very nice underneath. The tires are good with the original hubcaps and fender skirts. It does have dual exhaust but sounds good. Spare tire is in the trunk. I have never seen one of these cars from Canada with Meteor Rideau 500 actually on the car. With only 646 of these made you would be hard pressed to find another especially in this condition. It runs out good and drives good as well and a real attention getter for sure!! The miles showing are what is on the odometer. I do not know if actual miles. I think they are but again tat is just my opinion. 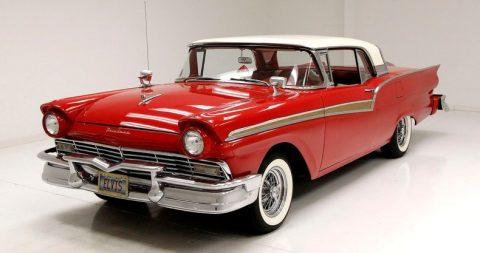 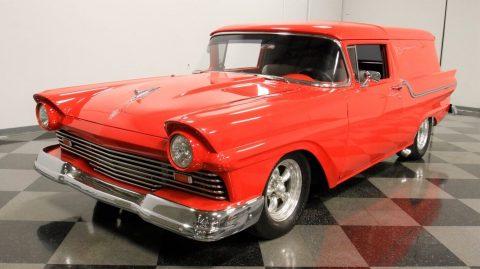 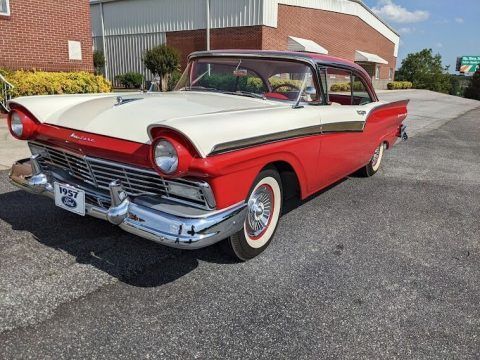 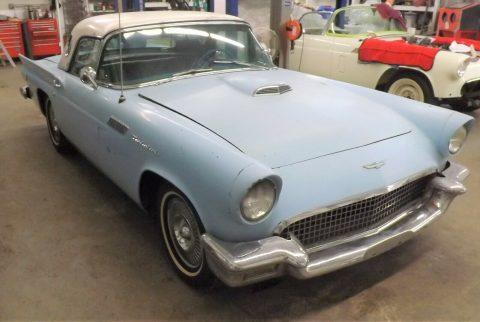 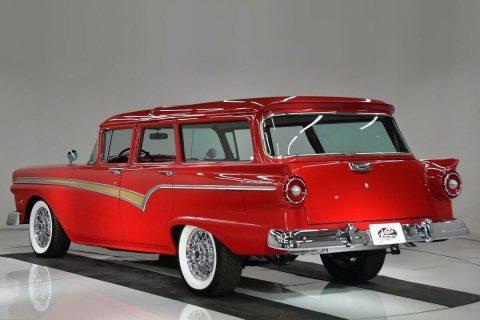