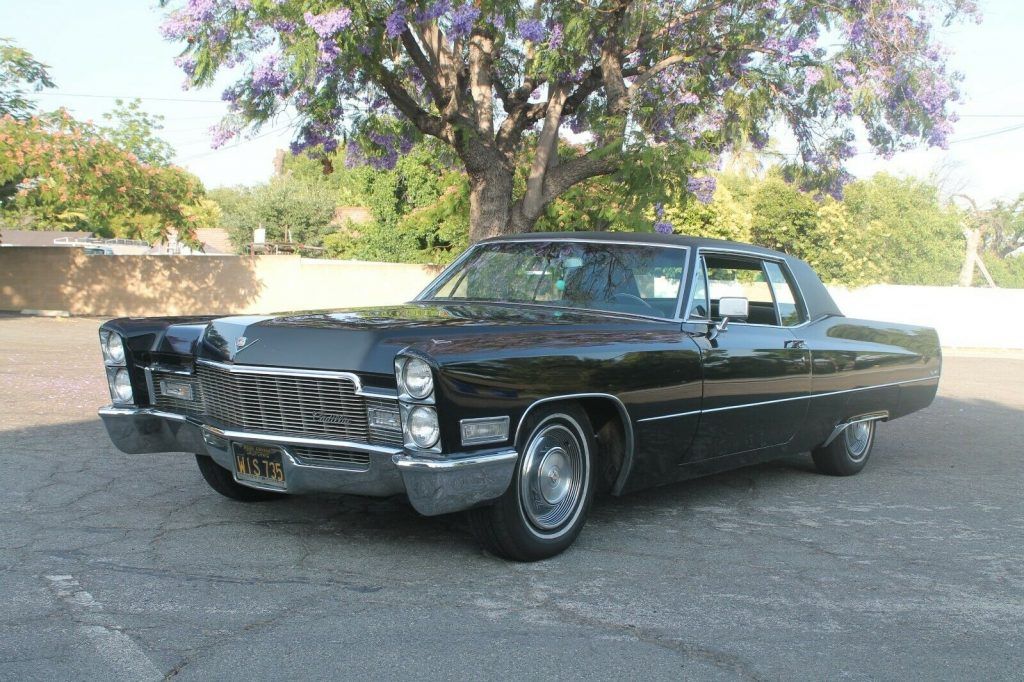 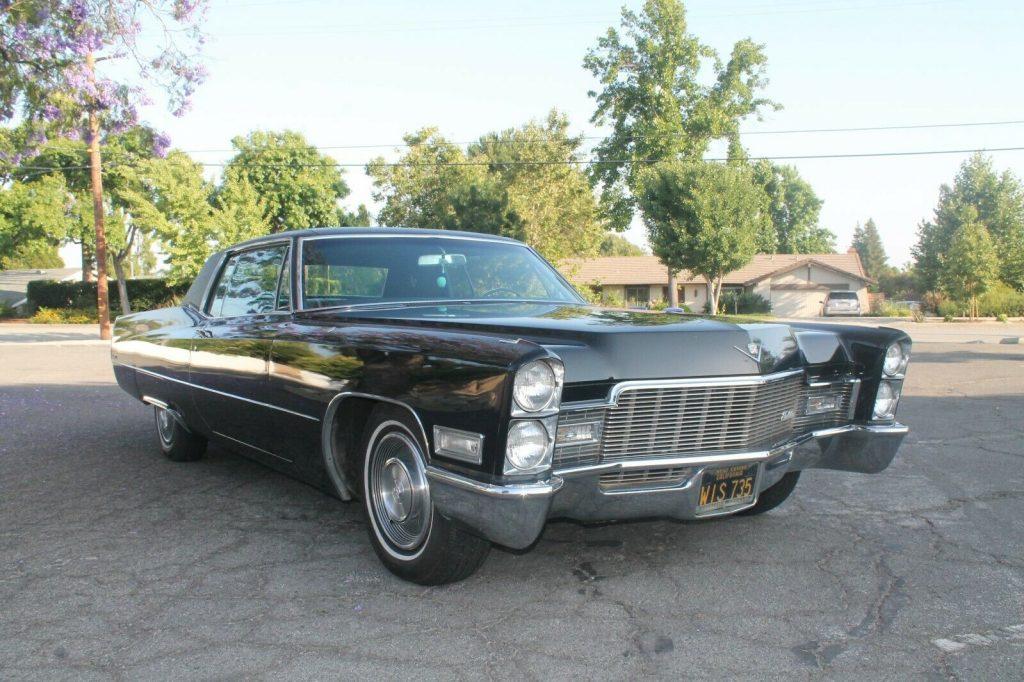 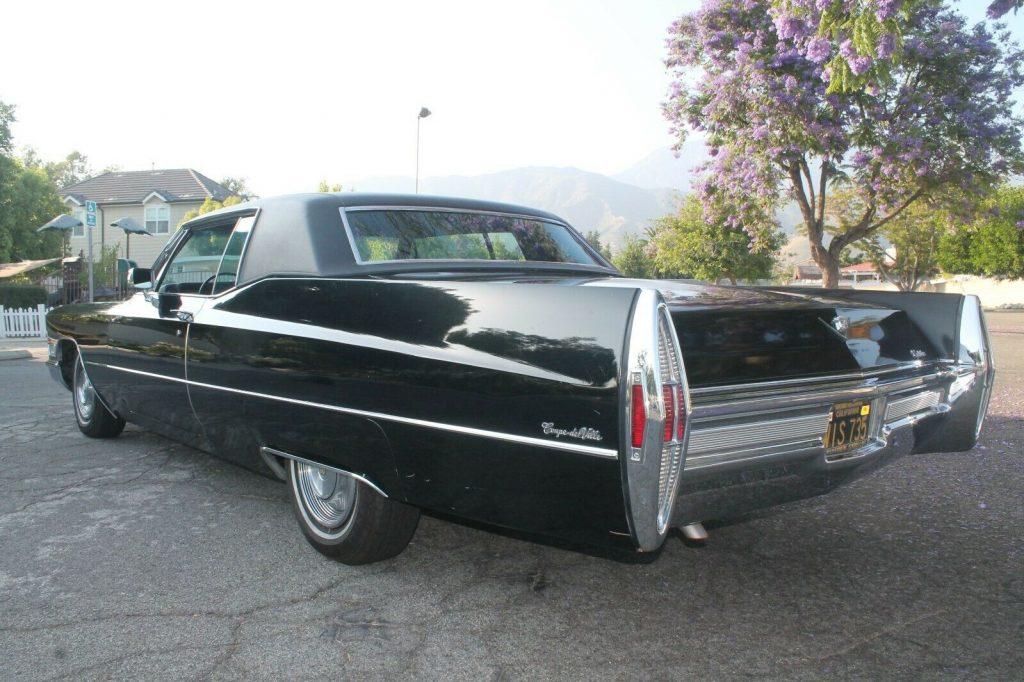 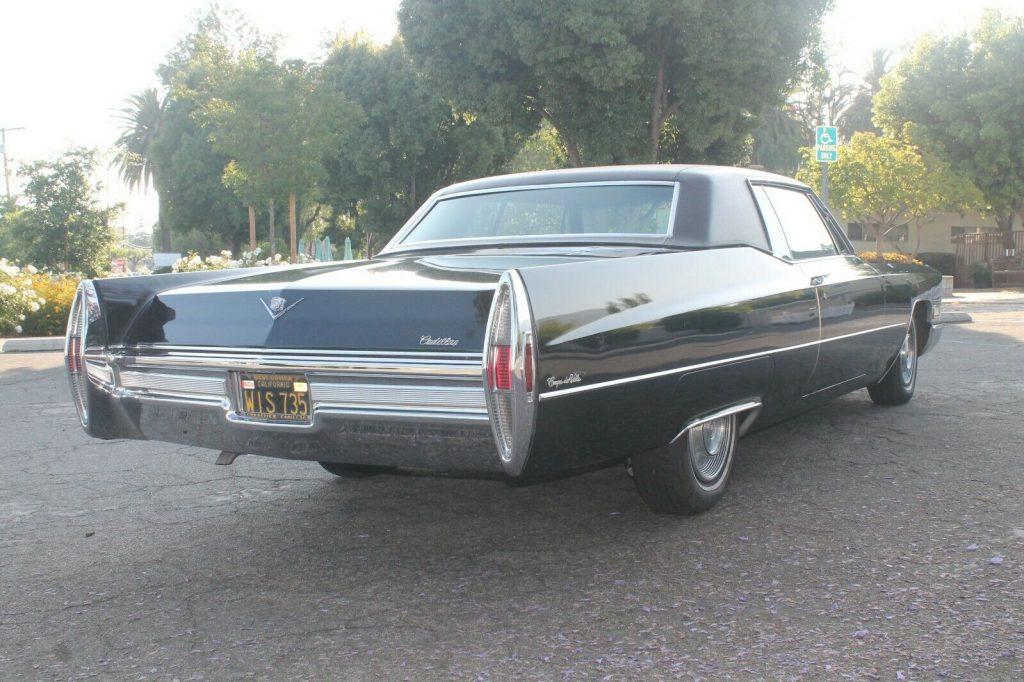 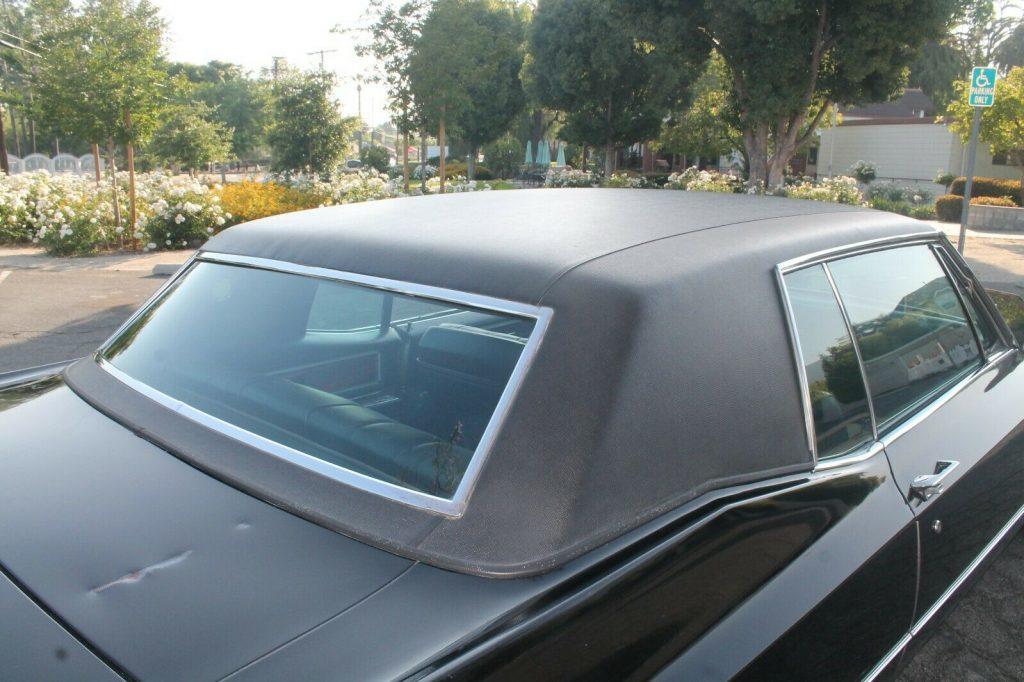 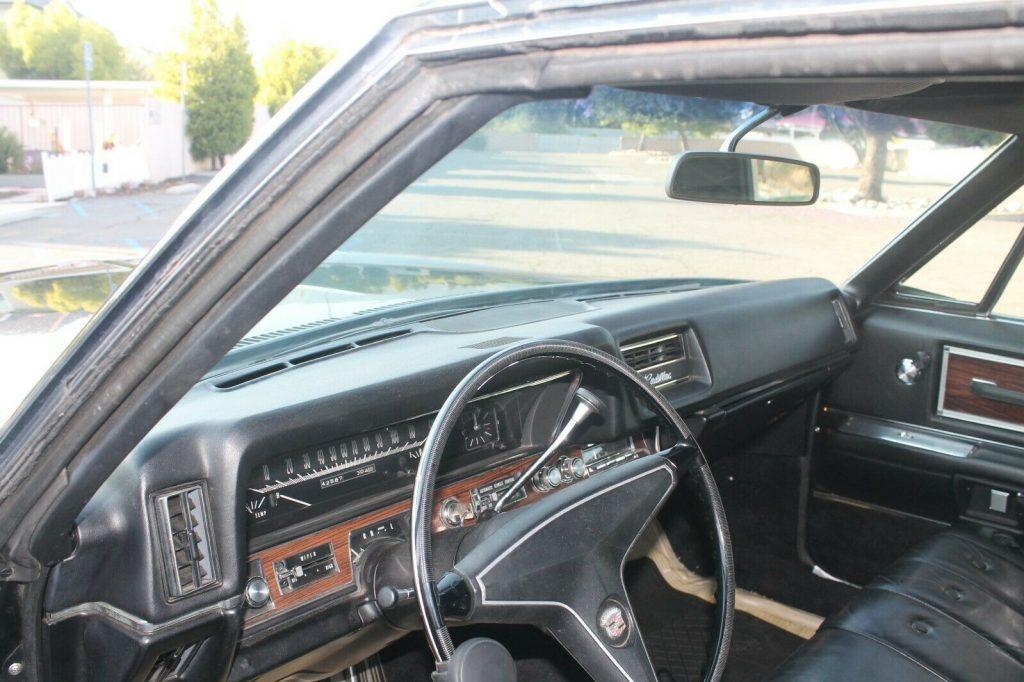 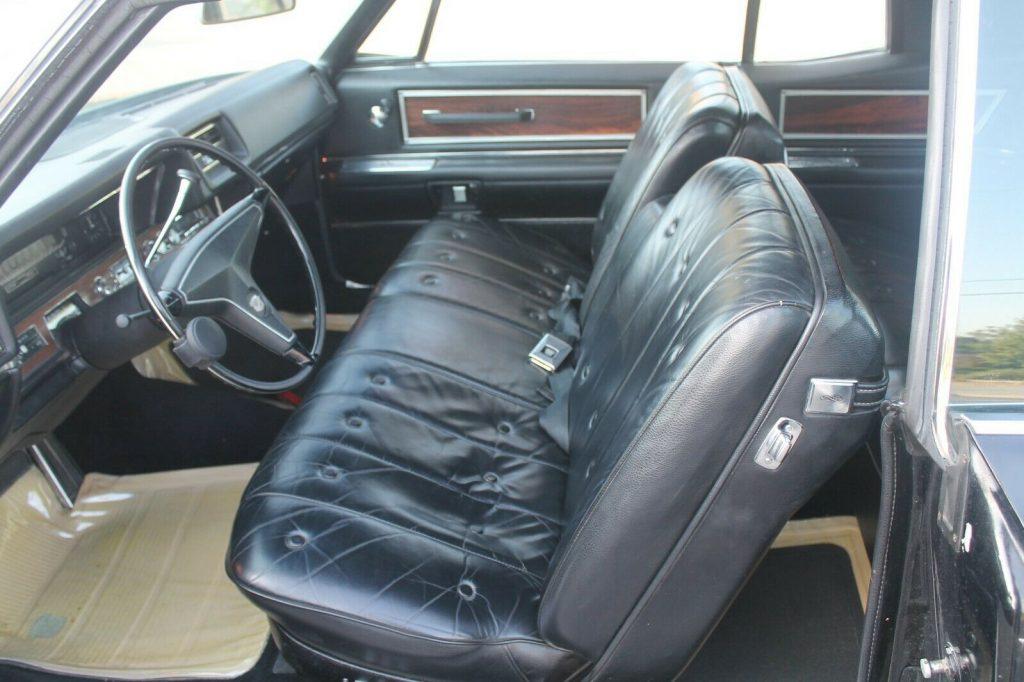 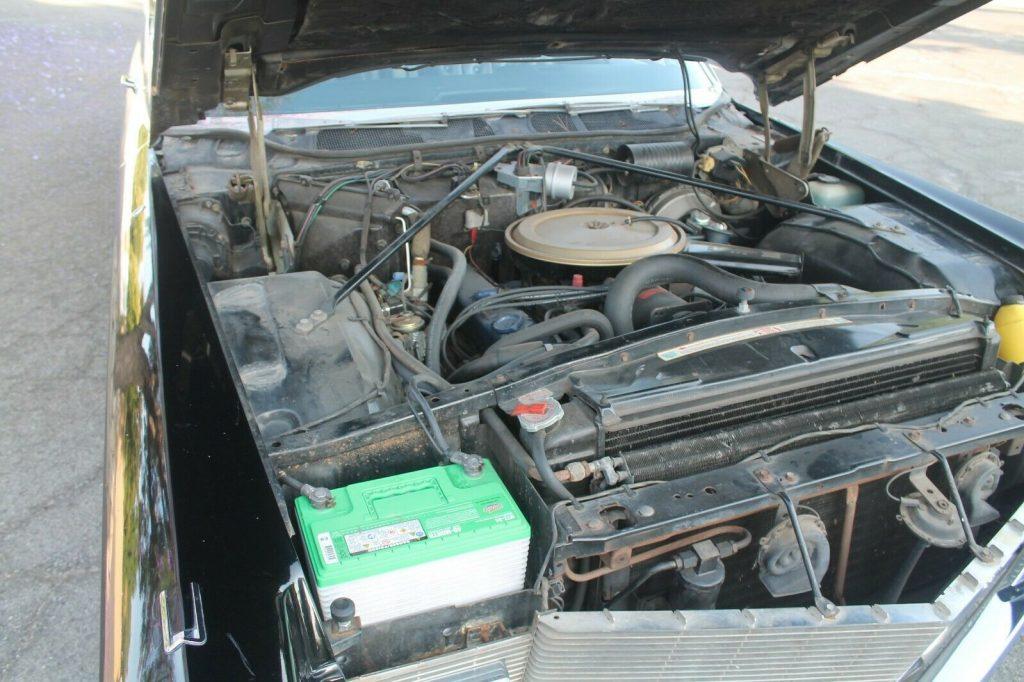 1968 Cadillac Coupe Deville one Owner low 42000 Miles California car unrestored. A true one owner California car . 42000 original miles with documentations. It was purchased on January 11th 1968 from Crestview Cadillac in west Covina California.
It was a graduation gift for the owner’s daughter. The story is the car did not have any floor mats and for the deal to go down the car had to have some. So the salesman at the time took floor mats from another Cadillac that was on the lot…
That’s why they are white, and they are still sealed in their plastic envelop to this day.
It was driven until the early 90’s then the car was garaged in socal until the late 2000’s
They are receipts to document ownership and the mileage of 42K.

Car is spectacular in authenticity, body is very straight, chrome is still in very good condition.
Remember you are looking at an original paint, interior chrome etc….
Front discs brakes were added for safety purposes, the vehicles retained its original wheels and hubcaps.

Engine starts right up and runs great it has been rebuilt. After sitting for a long period of time one valve was frozen, the owner at the time decided to have it rebuilt. It is still in standard bore, block was honed and new rings were installed.
Transmission and rear end were resealed at the time.
This Cadillac is a great runner, there is no hesitation and goes along at socal freeway speed with no issues.

Body has some minor scratches and dings due to its originality. 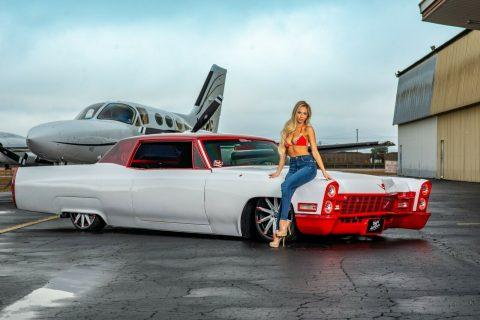 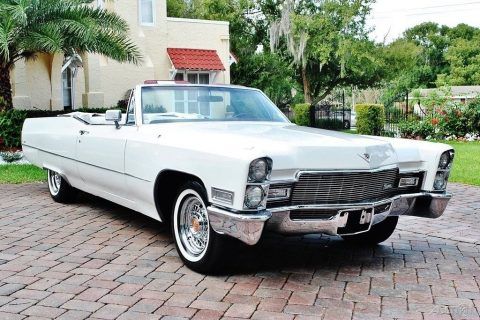 This website is not in any way connected to any of the brands or websites it links to. When you click links to various merchants on this site and make a purchase, this can result in this site earning a commission. Affiliate programs and affiliations include, but are not limited to, the eBay Partner Network. This site uses cookies to deliver its services, to personalize ads and to analyze traffic. By using this site, you agree to its use of cookies. Learn more.