“The Rarest of the Rare”

A legitimate Factory built 1970 440-6BBL GTX with a 4-Speed is without any doubt, a rare car with only “350” of them having been shipped, but this Gorgeous GTX that you’re seeing here and have a Golden Opportunity to own is not only a Very Well documented FM3 Moulin Rouge car, she just happens to be,

In my opinion this not only qualifies this FM3 Pink Plymouth as being “The Rarest of the Rare”, but it also qualifies it as a Blue Chip Investment Grade Collector Musclecar!

If you were to add up all of the High Performance Models of cars offered by both Dodge and Plymouth for the 1970 Model Year that were shipped in the U.S. with a Big Block engine it would total approximately 98,454 cars! I know it’s hard to believe, but it’s true. I did the math!

Using copies of Factory Original “Options & Accessories Reports” for each Model I was able to determine that there was approximately “232” FM3 Pink Dodge and Plymouth Hi-Performance Big Block cars shipped in the U.S.

This number of “232” FM3 Pink HI-Performance Big Block cars shipped in the U.S. has the potential to increase only slightly due to any Big Block ’70 ‘Cuda’s that have yet to be discovered to have come from the factory in FM3 Pink.

It is known that 150 ’70 Model ‘Cuda’s were shipped in FM3 Pink, but unfortunately the “BS23” in their VIN applies to both small block and Big Block cars.

Obviously, the overwhelming majority of those 150 FM3’Cuda’s were AAR’s.

After almost 40 years of looking, I know of only “Seven” Big Block’Cuda’s to exist in FM3 Pink and this number is included in my total of “232” FM3 Pink cars.

This Exceptionally Rare and Stunning 440-6BBL FM3 Pink GTX that you see here and have an opportunity to call your own, happens to be a Canadian ordered and Canadian Shipped car.

Unfortunately, there are no “Option & AccessoriesReports” available for Canadian shipped cars or Export ordered carsat this time.

According to the “Options & Accessories Reports” from Chrysler for the 1970 GTX’s shipped in the U.S. there were approximately “Seven” shipped in FM3 Moulin Rouge Pink! So I think it’s reasonable to believe that the FM3 GTX you’re looking at here is probably the only one shipped to Canada and most likely there were none built for an Export order.

The options Eddy ordered on this Sexy Pink GTX include:

Her full history is very well known and documented, having only had two registered owners (Well, I guess three now) since she was Brand New!

Also included, is a Galen Govier Report and a recent Dave Wise – Elite Level Hands-On Report scoring this Beauty at a 1.2 Overall with a “1” being perfect!

In the almost 30 years that Eddy owned this Phenomenal Pink GTX he did his very best to keep from driving her in the harsh Canadian winters and by doing so, her body was sparred from succumbing to the typical Canadian rust issues one might expect.

According to the previous longtime owner and very Prominent Mopar Musclecar Collector Harold Sullivan who had her meticulously restored back to all of her Glory by none other than Vance Cummings who has restored many of the Rarest and Most Valuable Mopar Musclecars over the years, she is still wearing all of her original panels and only needed to have some rust repairs done in the lower quarter panels, the center of the trunk floor, the bottom of the rear glass and a spot in the drivers side floor and that was it.

Since her Very High Level restoration has been done she has lived a very pampered life in a temperature controlled showroom and has been driven less than ten miles, only being trailered to a handful of High End Concours Events and locations for photo shoots in various magazine features!

Unlike most pampered trailer Queen show cars, this Hot Pink GTX will “Rock & Roll”! She runs Amazing and pulls really Hard exactly like you would expect she should!

Although she still has her Original Factory Installed Numbers Matching Hemi 4-Speed transmission, she was restored using a Date Code Correct 440 HP block. At the time she was being restored the Original block couldn’t be located and it was decided to include the VIN# on the engine block for car show purposes. The seller openly stated this to be the case as I am openly stating this detail here as well.

The Original Owner, Eddy had at one point, removed the original engine to have it rebuilt and unbeknownst to him at the time, the engine shop returned to him a different rebuilt 440 engine. I recently received a lead that the Original Numbers Matching block is in an old power boat that had frequented a particular lake in British Columbia. A couple of guys that live in the general area are on the lookout for the block, but as of yet no luck.

Although the chances of finding it are most likely pretty slim, crazier things have happened!

THERE HAS ALREADY BEEN A NUMBER OF 440-6 PACK SUPERBIRDS SURPASS THE $300K MARK AND NOT A ONE OF THEM IS AS RARE & UNIQUE AND IN MY OPINION, AS DESIRABLE, AS THIS FM3 PINK 440-6BBL GTX THAT YOU HAVE AN OPPORTUNITY HERE TO OWN!

This Plymouth GTX is being offered as is with NO WARRANTY being EXPRESSED or IMPLIED.

The Winning Buyer will be expected to arrange the shipping for the car once it has been paid for in full. I invite interested buyers and/or an agent on their behalf to come inspect the car before the end of this auction has taken place. 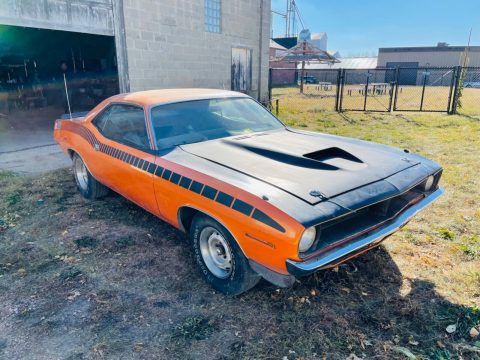 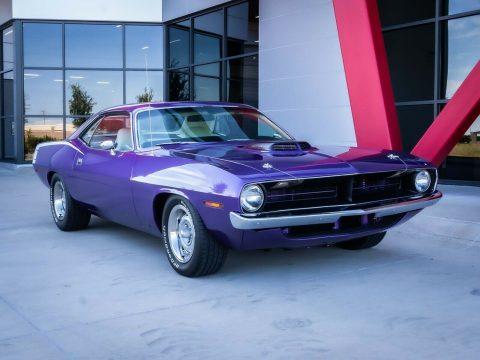 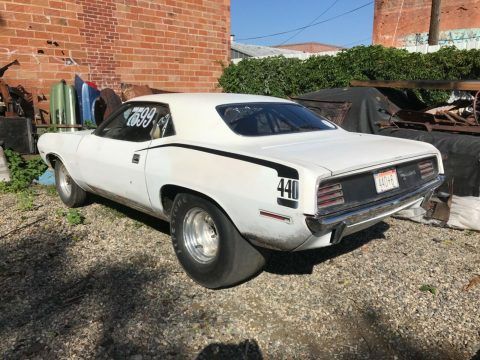 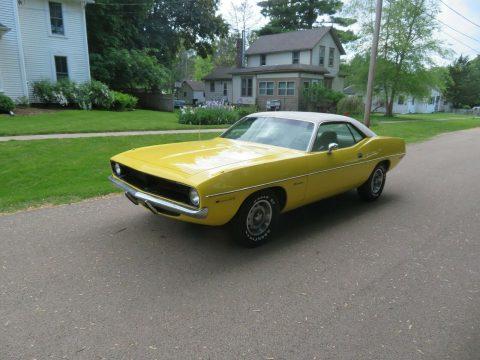 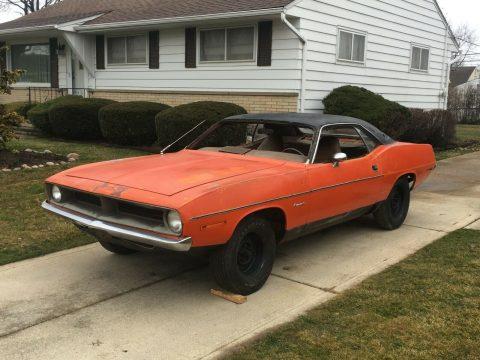