Retaining its numbers matching 440 Magnum V8 and mated to a date correct Pistol Grip 4-Speed Transmission, this R/T has undergone a body off restoration as per its trim tag and absolutely gorgeous inside and out.

A think binder of receipts is included!

A true classic that turns heads!

About the Challenger R/T

The Dodge Challenger is the name of three different generations of automobiles produced by Dodge. However, the first use of the Challenger name by Dodge was in 1959 for marketing a “value version” of the full-sized Coronet Silver Challenger.

Introduced in fall 1969 for the 1970 model year, the Challenger was one of two Chrysler E-body cars, the other being the slightly smaller Plymouth Barracuda. Positioned to compete against the Mercury Cougar and Pontiac Firebird in the upper end of the pony car market segment, it was “a rather late response” to the Ford Mustang, which debuted in April 1964. Even so, Chrysler intended the new Challenger as the most potent pony car ever, and like the less expensive Barracuda, it was available in a staggering number of trim and option levels, and with virtually every engine in Chrysler’s inventory.

The Challenger’s longer wheelbase, larger dimensions, and more luxurious interior were prompted by the launch of the 1967 Mercury Cougar, likewise a bigger, more luxurious and more expensive pony car aimed at affluent young American buyers. The 110″ wheelbase was 2″ longer than the Barracuda’s, and the Dodge differed substantially in its Sheetmetal, much as the Cougar differed from the shorter-wheelbase Mustang. Air conditioning and a rear window defogger were optional.

Exterior design was penned by Carl Cameron, who was also responsible for the exterior designs of the 1966 Dodge Charger. Cameron based the 1970 Challenger grille on an older sketch of a stillborn 1966 Charger prototype that was to have a turbine engine. 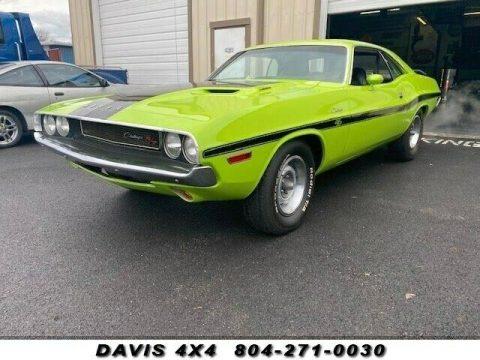 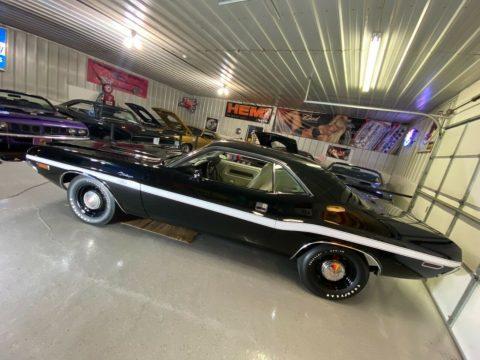 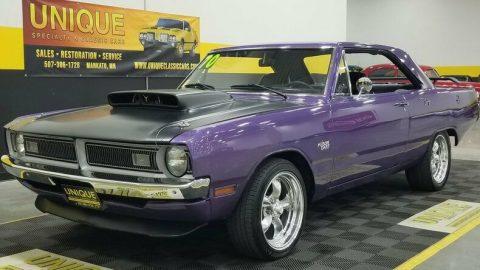 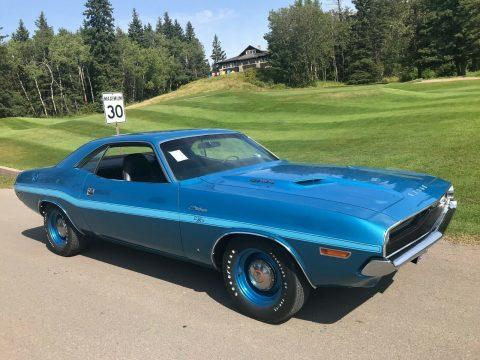 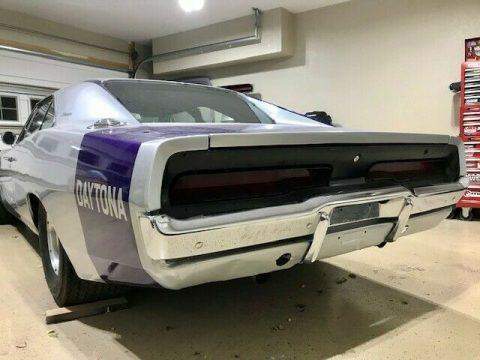